You’re invited to join representatives from US AID PACE-D, the Indian Green Bonds Council, Issuers and Investors at this 2017 Delhi Roundtable.

What’s it all about:

The Government of India has set a national clean energy target of 175 GW of renewable energy capacity by 2022, of which 57 GW has been installed so far.

Green Bonds have started playing a role in financing this capacity, and are expected to play a significant role in funding future renewable energy capacity addition.

The Roundtable will explore how an Indian green bonds market that benefits clean energy can be accelerated.

Hear about the experience of the pioneer Indian green bond issuers, the expectation of Indian institutional investors and about the support provided by USAID to prospective issuers under PACE-D TA program.

Is this Roundtable important for you?

A limited number of places are open to participate in the Roundtable.

Don’t miss this chance to engage and discuss first hand the prospects for clean energy and green bonds investment to support India’s climate plans and 175GW by 2022 renewables target.

Climate Bonds 2016 Highlights: The big issuers: The big numbers: The trends that count and a 2017 forecast

Green bonds are bonds created to fund projects with positive outcomes that are directly related to the environment.

They include the following.

Join one of our twin webinars on December 13th for a comprehensive overview of green bonds for cities in emerging markets, with a focus on the Mexican and Latin American markets.

The Challenge of Cities

The world’s cities host 50% of the global population and account for 70% of global greenhouse gas emissions.

The share of urban population is expected to rise to 60% by 2030, with the bulk of this growth to take place in emerging markets and developing countries.

An estimated USD 50 trillion will need to be spent over the next 15 years in basic urban infrastructure such as transport, building energy efficiency, telecommunications, water and waste infrastructure.

Access to low-cost capital at scale is critical for cities in developing countries to realize low-carbon infrastructure and climate-resilient growth.

Following COP22 in Marrakech, green bonds are being highlighted as an investment option to assist local and central governments in bridging the climate finance gap and meeting their carbon reduction commitments.

What are green bonds?

How do they work?

How can a city in an emerging economy access green finance?

What are the prospects in Mexican and LATAM cities?

The webinars will cover:

The Green Bonds for Cities Project

These webinars are part of the Green Bonds for Cities project sponsored by Climate-KIC, delivered by Climate Bonds Initiative in partnership with ICLEI – Local Governments for Sustainability, South Pole Group and Climate Policy Initiative. Other workstreams from this project include:

A green bond guidelines strategic paper and green bond toolkit will also be released on Tuesday 13th and will be available online.

A ‘Green City Bonds – China’ roundtable has also been held in Datong, China as part of the Datong International Seminar on Green Finance by SyntTao Green Finance and Dianyang Capital.

An Indian roundtable will be held in Mumbai, India on December 19th to explore the challenges and opportunities of green municipal markets in India.

For more information about this event please contact Diletta Giuliani.

Climate Bonds Initiative has been working directly with the City of Mexico Climate Change department and local partners MexiCO2 to develop a green financing strategy for the city and support the issuance of its first green bond.

The City has announced a MXN 1 billion green bond issuance and identified public transport, water efficiency and wastewater management projects to include in the portfolio.

Since the publication of our Global State of the Market report in July 2016, some important developments have taken place in India’s labelled green bond market. India is now the 7th largest labelled green bond issuer with USD 2.7bn issued as of 12th of October 2016 – most of this has been issued since 2016.

Register now for our next Webinar. Tomorrow – Thursday 21st July.

How to Certify a Solar Green Bond and more. Hear from Climate Bonds experts.

In a first for German banks, DKB has just issued a EUR 500m Climate Bonds Certified Green Bond. Proceeds will be used to refinance loans for the construction and operation of onshore wind and solar plants.

Jurkschat Uwe from DKB will provide an expert issuer perspective on the process of Climate Bonds Certification.

All About the Solar Criteria, Certification and Solar Green Bonds Webinar:

The webinars will cover:

What does the Climate Bonds Solar Standard measure?

These sessions will be recorded and sent out to all those who have registered.

Next Week: ‘LIVE from the City of London’ State of the Market 2016 broadcast

If you missed our earlier Bonds and Climate Change State of the Market launch, we’re running a special LIVE webinar with a discussion of the report.

Less than 24 hours to go until the ‘Introduction to Green Bonds’ Webinars. Presentations from Climate Bonds Initiative experts, followed by a Q&A session.

These webinars will cover:

The first session will be on ‘Next steps for the green bonds market’.

Then we will explore how the Green Infrastructure Investment (GII) Coalition, announced at COP, can help capital flows to climate solutions.

It will be a roundtable/workshop format, but we do have speakers confirmed:

–    Nick Robins, UNEP Inquiry into the Design of a Sustainable Financial Market

Plus a bevy of banker and investors.

The $100 trillion global debt markets are a dominant source of capital and are a core component of the capital investment pipeline. Bonds account for a significant share of institutional investors’ portfolios. The proportion that is labelled green is a small, but growing rapidly.

With low carbon and climate resilient infrastructure investment an increasing global priority, the market potential for green bonds is enormous – but where and how?

It’s been a busy year for green bonds, how much have you been paying attention?

It’s that time of year again…for all you climate bond boffins to prove your mettle! Take the annual CBI Christmas QUIZ now

It’s been a busy year for green bonds, how much have you been paying attention?

Roundtable for asset owners and managers, prospective issuers and underwriters

The Climate Bonds Initiative, Banking Environment Initiative (BEI) and Swiss based Clarmondial invite you to a Roundtable on investment opportunities in Agriculture, Forestry and Other Land-Use (AFOLU) under the Climate Bonds Standard.

The Roundtable is kindly hosted by Northern Trust. 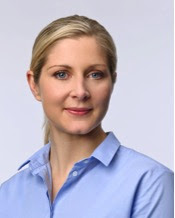 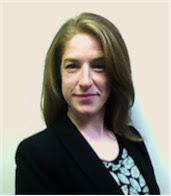 ​
Tanja Havemann      Justine Leigh-Bell
The event will include a presentation on the AFOLU Guidance. It will also include an update on the green bonds market and investment opportunities for the sector.

The University of Cambridge Institute for Sustainability Leadership (CISL), who host the Secretariat for the BEI, will facilitate proceedings under the Chatham House rules.

Places are strictly limited and will be allocated on a first come first served basis.
Please RSVP by Tuesday, October 20.

The BEI and Climate Bonds Initiative have partnered to accelerate consensus on green bond standards and therefore contribute to the stable growth of the green bond market.

Issuance by governments, corporates and financial institutions in the AFOLU sectors could relate to a wide variety of investments, including sustainable improvements in productivity of land or fisheries and or financing programmes for suppliers and associated infrastructure or technology requirements.

Recent analysis has identified over US$ 4bn in outstanding bonds aligned with the AFOLU sector. The International Institute for Applied Systems Analysis estimates that future financing needs focused on deforestation and land degradation could be up to US$ 50bn per year by 2020.

What is the Climate Bonds Standard?

The Climate Bonds Standard is the only international certification standard for the bond market. There are over 80+ organisations involved in its development with member organisations holding over US$ 34tn in Assets Under Management.

The AFOLU guidance has been led by a Technical Working Group, comprised of internationally recognized experts, complemented by an Industry Working Group of over 30 leading corporations.

The AFOLU Standard is kindly supported by Credit Suisse, the Swiss Government and Rabobank.

Join the webinar to find out how the updated version of the Climate Bond Standard (v2.0) will make independent reviews of green bonds simpler and easier – and let us know if we can do even better. We’re in the last stretch ofpublic consultation and we would really value your feedback!

The webinars are being co-hosted by major investors Aviva (UK), PGGM (Netherlands) and CalSTRS (USA) and the Association for Sustainable & Responsible Investment in Asia (ASrIA). They will share an investor perspective.

Four options – pick that one that best suits your time zone:

The webinars will include:

Choose your webinar (above) and register now!

Join us for a presentation on the updated version of the Climate Bond Standard V2.0 (now out for public consultation) and the latest developments in low carbon criteria including a discussion with NAB on their experience issuing and arranging climate bonds.

The market for climate and green bonds in Australia is growing rapidly.  New issuers and investors are combining to drive massive investments into low carbon businesses and infrastructure. More than ever, the market needs robust standards and a trusted approach to certification of these labelled debt securities to ensure that issuers know what to do, and investors can have confidence in what they are funding.

We will be co-hosting the webinar with NAB on Wednesday 12 August at:

A recording will be available for those unable to attend.

Discover the opportunities for Municipalities, Multi-Asset Pools, Securitisation and more!

The Green City Bonds Coalition, of which the Climate Bonds Initiative is a member alongside CDP, C40, Ceres, NRDC and As You Sow, is pleased to invite you to a webinar to launch a new guide for cities on issuing green bonds.

Dial-in details (but registration for the webinar above, highly recommended for access to WebEx)